Here are some facts, figures and statistics on motorcycles, motorcyclists and crash data in Tasmania.

Information compiled and summarised from MAIB and Department of State Growth data and statistics. 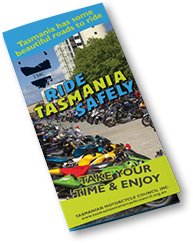 Riding in Tasmania can be a very rewarding and enjoyable experience but we have very different road conditions.